What is the Orthodox Church?
Close to two thousand years ago, Jesus Christ, the Son of God, came to earth and founded the Church through His Apostles and disciples for the salvation of men. The teachings of the Apostles and the Church spread far in the years which followed; many Churches were founded, but all were united in faith, worship and the partaking of the sacraments.

All of these churches are independent in their administration, yet they are in full communion with one another with the exception of the Church of Rome which separated in the year 1054. In faith, doctrine, Apostolic tradition, sacraments, liturgies and services they are exactly alike. Regardless of the language of each, they exist in fellowship and together constitute and call themselves the Orthodox Church.

The teachings of the Church are derived from two sources: Holy Scripture and Sacred Tradition, which complement each other. As written in the Gospel of St. John, "and there are also many other things which Jesus did, the which, if they should be written every one, I suppose that even the world could not contain the books that should be written." These unwritten teachings were transmitted orally by the Apostles and come down to us in Sacred Tradition.

The faith and doctrines of the Church can be found in the Scriptures, the writings of the Church Fathers and in the canons and decrees of the Seven Ecumenical Councils. We believe that the Lord Jesus Christ is truly God, the Saviour, and the Son begotten of the same substance of the Father before all ages. He is also true man, like us in all respects except sin. We believe that the Holy Spirit proceeds from the Father, this being confirmed by the Second Ecumenical Council in the words used in the Symbol of Faith, "And I believe in the Holy Spirit, the Lord, the Giver of life, Who proceeds from the Father..."

The Orthodox worship God in Trinity, and honor and venerate the Saints and ask their intercession before God. Of the Saints, the Mother of God holds a special place because of the supreme grace and call she received from God. According to the canons of the Seventh Ecumenical Council, we venerate the sacred icons and relics not in themselves, but as representations of God and the Saints.

We recognize seven Sacraments: Baptism, Chrismation, Holy Eucharist, Confession, Ordination, Marriage and Holy Unction. Baptism and Chrismation (Confirmation) are the means of entrance for the Christian into the Church. For without dying to the old man and putting on the new in Baptism, we cannot receive the inheritance of the Kingdom which Christ restored to us. With Chrismation, we receive the Gift of the Holy Spirit. As the Spirit of God in the form of a Dove alighted on Christ, we receive Him in the Holy Chrism, becoming partakers in the fulness of Christ. In the Sacrament of the Holy Eucharist, we partake of the true Body and Blood of Christ, in the form of bread and wine, for the remission of sins and for life eternal. As it is written, Except ye eat of the flesh of the Son of Man and drink of His blood ye have no life in you. In confession we receive forgiveness of the sins we commit after Baptism if we truly repent of them. The foregoing three sacraments are essential for the life of all Christians.

By the laying-on of hands of a canonical Bishop, divine grace descends on him who is being ordained. This basic sacrament has provided uninterrupted succession to Orthodox clergy from the Holy Apostles and the establishment of the Church on the day of Pentecost. Divine grace sanctifies the union of two people in Matrimony as Christ blessed the wedding at Cana by His presence and the performance of His first miracle. Infirmities of the body and soul are healed through the sacrament of Holy Unction.

These, briefly, are some characteristics of the Orthodox Church. The Church is one because our Lord Jesus Christ founded only one Church. It is holy through the sanctification of its Founder and Head, Jesus Christ and the operation of the Holy Spirit. It is catholic because it is universal, and knows no limitations of place or time. It is apostolic because it was founded by the Holy Apostles. This is the Orthodox Church-the One, Holy, Catholic and Apostolic Church.

Open House: Catechesis of the Good Shepherd in the Orthodox Tradition - You Are Invited! - 01/21/2023
more information >
Your Generosity Is Much Appreciated 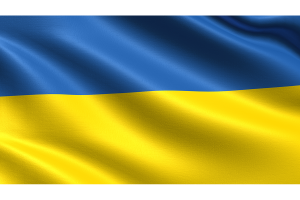